Dog bites can occur when an owner fails to take proper care. A bite, especially from a larger dog, can lead to serious injury.

Dog bite attorney Lynn C. Harris can collect the compensation you deserve when a dog owner's negligence results in harm.

So why should you hire an attorney? 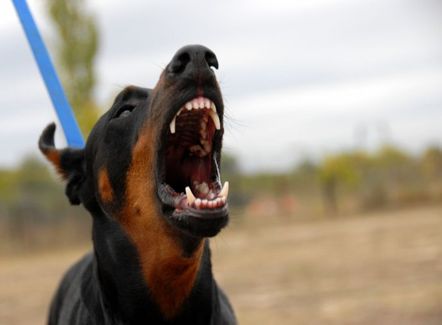 Based in Salt Lake City, UT, and assisting clients throughout Utah and Idaho, Lynn C. Harris represents victims of dog bites in personal injury claims. Mr. Harris and his dedicated staff understand that suffering a dog bite is a traumatic experience that may be difficult to overcome both physically and emotionally. He provides compassionate, yet aggressive, representation with the goal of recovering maximum compensation for our clients’ injuries.

With the close association of dogs and humans, the possibility of being attacked by a dog is very real. The American Humane Society estimates that 4.7 million dog bites occur in the United States each year, with nearly 800,000 dog bites requiring medical care. Because of their small size and darting movements, children are especially vulnerable to dog bites and attacks. Also, children often engage in behaviors that may trigger a dog attack, such as approaching a chained dog, trying to pet or hug an unfamiliar animal, or trying to pull a dog’s tail. In fact, eighty-two percent of dog bites treated in the emergency room involve children under 15 years old.

If you or your child has been injured by a dog bite or attack, you may be entitled to recover monetary compensation for economic and noneconomic damages, including medical bills and pain and suffering. Dog bites can cause serious physical injuries. Furthermore, given the frightening nature of any animal attack incident, victims may need treatment for post-traumatic stress disorder (PTSD) or other effects of experiencing psychological trauma. If disfigurement results from the bite, reimbursement for plastic or reconstructive surgery may be available.

With respect to dog bites, Utah is a strict liability state. Therefore, if a dog attacks someone, the dog owner is liable for the injuries, even if the owner did not know the dog was vicious and the dog had never bitten anyone prior to the incident at issue. However, the bite or attack must have occurred either in a public place or while the victim was lawfully present in a private place, such as the dog owner’s property.

Lynn Harris is a personal injury attorney dedicated to helping victims rebuild their lives. He does not collect compensation unless you do. Mr. Harris is part of the Jones Waldo law firm, which has five locations in four cities in Utah:

We have 4 locations in Utah.